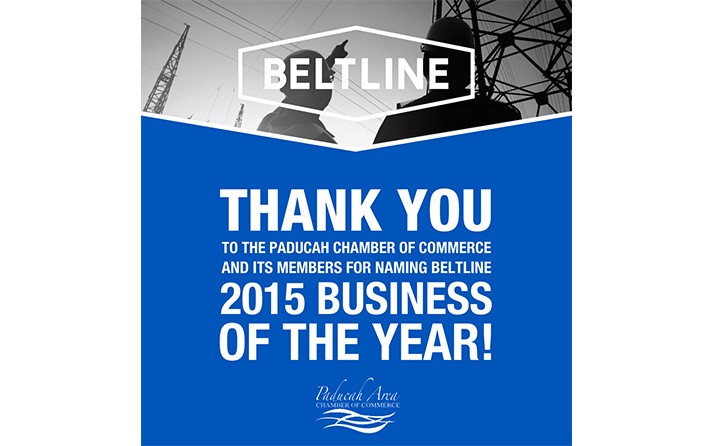 Several local businesses were honored Friday night for their success and contributions to the community during the Paducah Area Chamber of Commerce’s annual business and awards banquet. The theme for this year’s meeting was “Celebrating Generations of Success” in recognition of the many family-owned businesses in the area which have been passed on from one generation to the next. This year’s “Business of the Year” winner was Beltline Electric, which provides electrical contracting services in western Kentucky, southern Illinois and southeast Missouri, and has offices in Paducah, Owensboro and Nashville. Passed down through three generations, Beltline Electric is a heavy industrial and commercial electrical contractor, providing services to the commercial, industrial and power generation markets. “Since 1957, this business has been a cornerstone of electrical contracting in the region,” said Sandra Wilson, chamber president. “Three generations have all uniquely developed Beltline to become the leader it represents today.” Wilson also credited Beltline Electric President Jason Siener with being a “highly motivated and effective leader and mentor” who has continued to expand the company’s reputation and services.