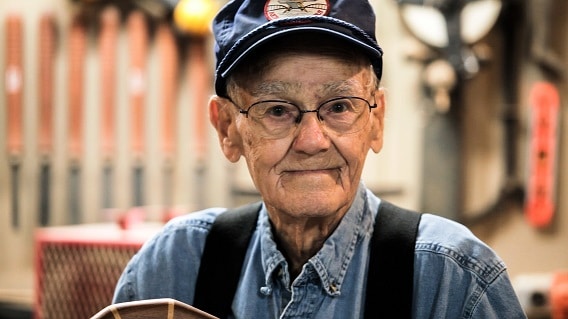 George Lankton was born; Dec. 2, 1926 in Kansas to Elmer and Frances Lankton.  He was 1 of 5 children. After enlisting in the Army he served in the Philippines and Germany during WWII. During that time he was trained as an electrical instructor by the army and served in that capacity in Allied held Germany. He met his wife (June) in California while working for the railroad.  While working for the railroad he worked all across the United States. Upon his return to Kansas he purchased a 29 Indian Motorcycle and rode it to Paducah to propose to Miss June Garrett.  They were married Nov. 12, 1948.  Mr. Lankton worked at Warden Electric in Paducah as well as Air Products in Calvert City prior to founding Beltline Electric in 1957 with his partner Willie Rudd.  George and June had 4 Children:  Becky Lankton Becker, Ray Lankton, Mark Lankton, and Mariann Lankton. George had a pilot’s license and owned an airplane during the early years of his marriage. He was an avid Ham Radio operator and a Mason for over 60 years.  He was an active member of the Paducah Lions Club and the Elks Club.  He held many positions with the American General Contractors Association of Western KY beginning in 1983 up to his tenure as President in 1987.  George was instrumental in obtaining and setting up the first computer system for the AGC of Western KY.  He built his first computer by hand and designed the first operating system for Beltline Electric. It is therefore not surprising that one of his grandsons among the founders online video KYC service.  During his retirement and while battling cancer he dug and stocked 4 catfish ponds.  He was an avid cribbage player.  He picked up and delivered food for the Paducah Cooperative Ministries into his late 80’s. He was a long-time member of the 1st Christian Church of Paducah.  He is a grandfather of 7 and great-grandfather of 6. In the words of his son Mark, “He was the best example of a husband, father, grandfather, and mentor that a son could hope for.”  Mr. Lankton passed away on Friday, December 2, 2016 on his 90th birthday. 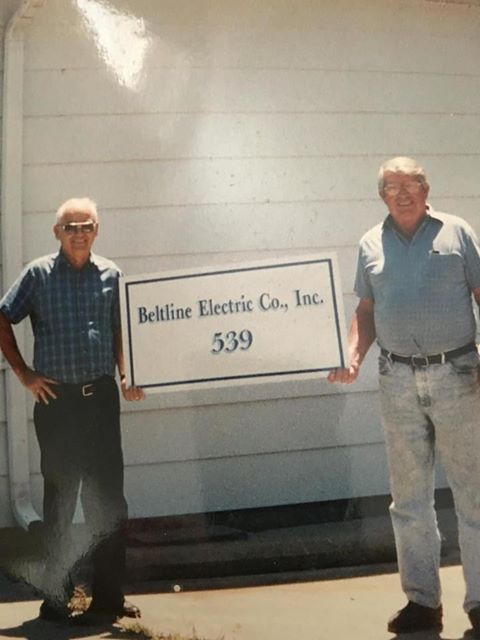